Hungover, Limping, and Half-Blind: How My Travel Troubles Began

If you’ve been following my travels through Central America, you’ve probably noticed that the last few months have been a consistent stream of upbeat and enthusiastic posts. It may even seem disingenuous — how can somebody travel for over a month straight and have only glowing reviews of their experience?

Admittedly part of that is in the storytelling. The lackluster days and lukewarm meals don’t usually make it to the blog post. But a much larger part was simply coincidence: the first month of my trip went unfathomably well. In more than thirty days of straight travel, I hit no major roadblocks or upsets.

Alberto and shaggy-haired me

Yet I knew this couldn’t last. Travel is necessarily a series of extreme ups and downs. The best days of travel can be peak life experiences; correspondingly, the worst days can be absolutely devastating. There is so much movement, planning, and transportation involved in travel that eventually something is going to go wrong.

Years of traveling have taught me that the key is to treat the bad luck as part of the adventure. When fate seems dead set against my plans, I have to roll with the punches and forge a new path. It’s simply part of the journey.

As such, I knew my good fortune had an expiration date. Sure enough, as I prepared to leave Nicaragua for the next leg of my trip my travel problems began.

Thieves and an Injury

It all began with the incident with the thieves at Lago de Apoyo. Though nothing was stolen, I had to freeze my cards and monitor my accounts for a few weeks to make sure that none of my information was copied. The experience was a harsh reality check that left me more anxious about traveling than ever before.

With that experience behind us, Randi and I returned to Granada for her last night in Nicaragua. It also happened to be my penultimate night in the country: I was catching a bus to Honduras two days later. We decided to celebrate leaving Nicaragua by attending a party at the infamous Treehouse Hostel outside of Granada. We had been told that the hostel alone was worth seeing, as it is a literal tree house built in the branches of a forest outside the city.

I can’t deny that the hostel itself was amazing. We spent the first part of our night wandering around rope bridges and hanging in hammocks thirty feet above the forest floor. But to be honest the party was a little disappointing: complete with drinking games and costume contests, it felt like a standard frat party. Though I can sometimes see the appeal of that atmosphere, I have a difficult time understanding why anybody would travel so far to party exactly as they do back home.

The worst part? On the way back down from the Treehouse, I tripped on a tree root in the darkness and twisted my ankle quite badly. The sprain would haunt the rest of my trip and ended up taking nearly three months to heal.

The next morning we awoke to throbbing headaches and lethargy. Randi had to return to Managua to catch a flight and I needed to find a hostel in Managua for one night before my bus to Honduras the next day. We hobbled around our Granada hostel, shoving food and water in our faces and groggily packing our clothes.

That’s when I noticed it: my glasses were missing. The last few days in Granada I had been wearing contacts so I had lost track of them. We tore the hostel apart looking for them, but they were nowhere to be found. They weren’t particularly nice and wouldn’t have been a huge loss if not for the fact that I was also running out of contacts. The threat of two months of blurry travels loomed over my morning.

I needed to do something, but I didn’t have a consistent shipping address in Central America. I knew my mother was visiting me a week later in Guatemala so I decided to ship new contacts express to her house. Between prescription verification and shipping time, the expected delivery date was the day before she flew to Guatemala City. I placed the order and prayed to the ruling forces of the universe that the timing worked in my favor.

In the meantime I didn’t have quite enough contacts to last until my mother arrived. For this reason, I began choosing which days were the most appropriate to be semi-blind. This, of course, was sub-optimal and extremely stressful.

At this point, I had a sneaking suspicion that my luck had not yet bottomed out. Unfortunately, I was right.

When it Rains, it Pours

By the time we reached the bus station it became clear that Randi was in danger of missing her flight. She decided she was more comfortable paying to take a cab to the airport and I came along for the ride.

As we drove to Managua, I used Randi’s phone to figure out where I was going. I had left this planning far too late and needed to find a hostel near the bus station to Honduras. Normally I would have gone to the bus station and asked about nearby hostels, but between my ankle and my hangover I had no interest in wandering through Managua on foot. I located a hostel and asked the driver to take me there after dropping off Randi.

When I finally arrived I loped into the hostel, procured ice for my ankle, and collapsed into my bed.

My body ached to remain horizontal. I was very close to being able to relax for the rest of the day. Yet I still had one big task ahead of me: I had to walk the block to the bus station, buy my ticket to Honduras, and return. I took half an hour to gather myself and then set out to complete this task.

Writing this now it seems obvious that there was no chance this would work out for me. I was far too under-prepared and my travel troubles were beginning to pile up. So what happened?

The bus was sold out. In fact, there wasn’t an available bus for Honduras until three days later.

This. Was. A. Nightmare.

I was staring down the last solo portion of my trip. There were just six days before I met my mother in Guatemala and then my boyfriend would be joining me for the remainder of my travels. I had been looking forward to those six days as my last chance to explore a country on my own whim. After debating extensively what to do in this period I had decided that traveling through Honduras was my best option. My plan had been to settle in the town of Copan Ruinas and spend a few days exploring the nearby ruins, enjoying the mountain air, and catching up on my blog.

Now I was facing the idea of cutting down my already limited time by two more days. It wouldn’t be enough time to do what I had wanted to do and left me very little cushion time in case any other travel plans went badly. Not to mention I would have to spend the next two days in Managua, a place I certainly didn’t fancy exploring alone with no glasses and a sprained ankle.

I panicked. What should I do? I checked a different nearby bus company and they were sold out too; hundreds of people were traveling to Honduras for the upcoming Holy Week.

The woman at the counter noticed my panic and tried to comfort me by suggesting that there were other buses with availability the next day. Perhaps, she offered, I could go to San Salvador instead?

What?! What kind of response is that? That’s like going to a train station in New York City and saying “Hello, can I buy a ticket to Washington, D.C.?” and the ticket vendor responding, “That train is sold out, but there is still availability on the train going to Chicago. Would you like to go there?”

For the record, El Salvador is notorious for being one of the most dangerous countries in the world. The gang problems in San Salvador have escalated to the point that even the Peace Corps has removed their volunteer placements there. It was partially for this reason that I had chosen to travel through Honduras instead of El Salvador on my way to Guatemala. Though Honduras is also considered dangerous, there is more tourism infrastructure there and it would be easier for me to hop between safe, tourism-friendly towns.

I paced back and forth, my head and ankle aching. I walked to a nearby grocery store and spent the rest of my Nicaraguan money on avocados and tortillas. I returned to my hostel and distractedly shoved random ingredients into my mouth, stressing over the decision. I texted everybody I knew for opinions. I researched every bus option to Honduras, aching at the idea of traveling all over Managua to chase down slower, less reliable travel options. I railed against fate and the gods of travel.

I called my boyfriend over a WiFi connection and chattered away at him nonsensically. Talking through the events of the last few days made everything clearer in my head. Fate was dead set against my plans and seemed to be pushing me towards one particular path. I thought about rolling with the punches and the answer suddenly seemed obvious.

I hung up, limped back to the bus station, and bought a ticket to El Salvador. 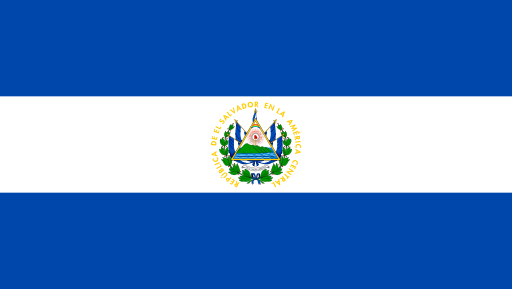 Holy crap Batman! Does Caitlin make it to El Salvador?

I don’t know about Batman, but I definitely made it to (and through) El Salvador. Check my post out next week to find out what happened!

On pins and needles here! Know you made it back to the States safely, but what happened at this juncture of your trip.

You’ll just have to wait until next week to find out…!

[…] to Guatemala. I was surprised to realize how sad I was to leave El Salvador. What had started as an anxious, spur-of-the-moment decision had turned into a magical few days in the most welcoming and friendly little towns. I reflected on […]

[…] is today. In 52 weeks I’ve written 43 posts spanning five countries, dredging up the best and the worst moments from my travels in vivid detail. Furiosities posts have been featured on Dave’s Travel Corner, […]

[…] I’ve illustrated in some past horror stories, long-term travel isn’t all glitz and glamour. Some days you’re riding high: you get a free bus […]

Read Caitlin’s Essay in Alone Together

COVID-19 in a Divided Country

As with everything in 2020, the reality of COVID-19 permeated our entire road trip. Virus precautions and closures changed much about how we traveled and what we experienced. Compared to an ideal trip, we ate Read more…

A road trip across the United States is, in many ways, a tour of bloody and brutal colonialism. I just completed a 10-week work-from-the-road trip with my partner, Michael. We started the trip in New Read more…

Creators of Justice Awards and a New Trip

Hey folks, My apologies for the long silence. Over the past three years in NYC, I have been exploring some different outlets for my writing and activism. I’m back now with two exciting updates: 1) Read more…